Guys 🙁 It’s my second to last monthly update.  I can’t believe my baby is almost a year old. 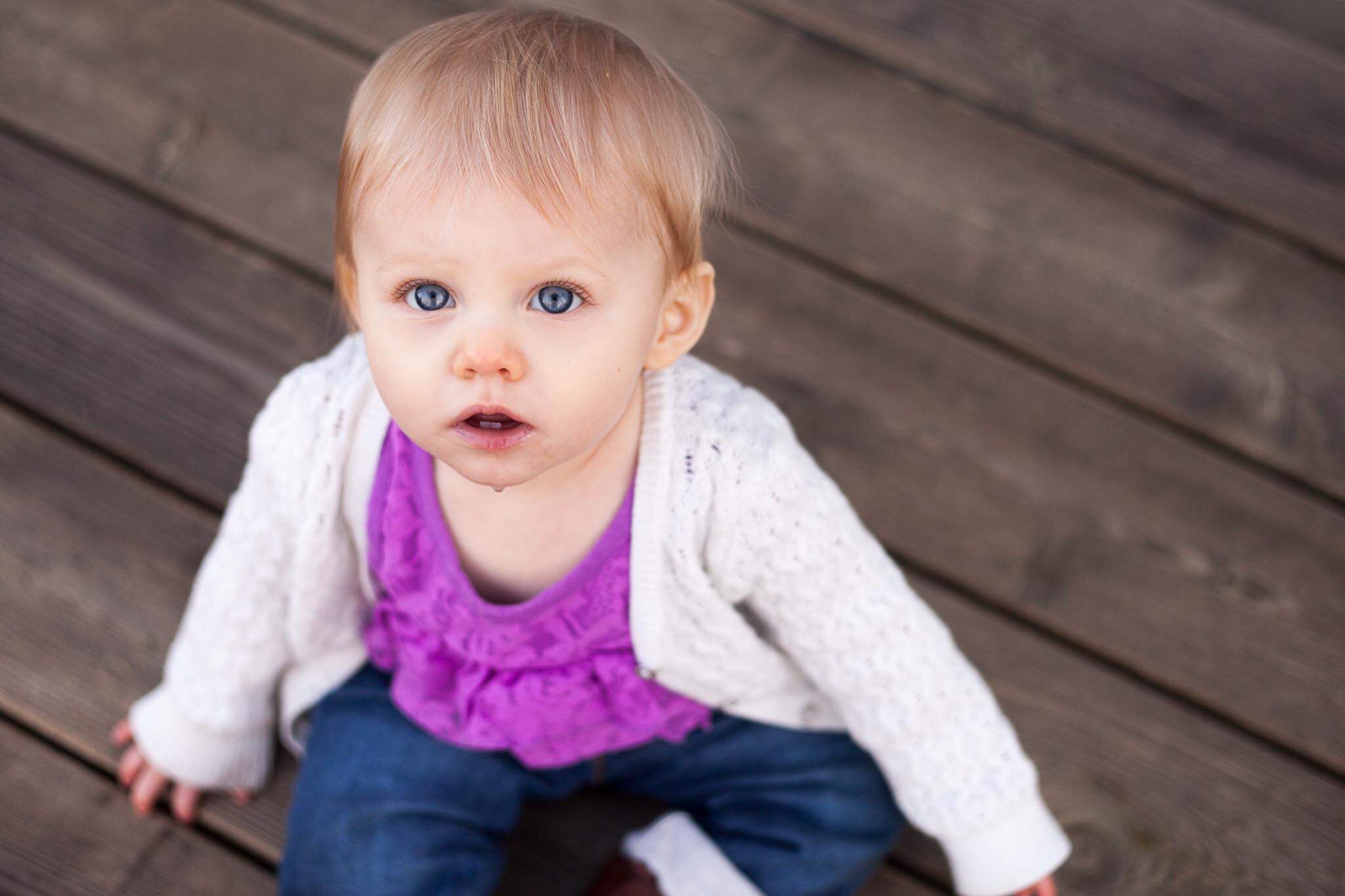 Love that drool-covered chin. Sidenote, does anyone have any advice about controlling 1 year old hair, cause hers is wild and stringy and outta control.  …and fuhget about clips and headbands.  She kindly informed me that she’s done with that crap.  So for now I have a homely crazy hair daughter.  But I still love her.

This little ball of energy has learned some more useful tricks this past month.  She can now climb safely DOWN stairs as well as up (although not to the point that I trust her, she’s a wild child). She can also climb safely off the couch and other furniture by herself. (although she’s also learned to climb ONTO the coffee table).

She’s a climber if you haven’t deduced that already.  Seriously, I can’t believe babies climb before they walk. Blows ma mind!

She can stand on her own for a few seconds, but she doesn’t do it out of choice, only when mom so cruelly lets go of her to test her balance.  She walks all around furniture, but if mom or dad tries to help her walk by holding her hands her legs go limp, she doesn’t take help from anybody.

Don’t worry, we were right there to catch her from this precarious spot.  However, having her up on a table made pictures much more successful because she didn’t dare crawl away.  SCORE!

Speaking of help with things, she’s pretty much done with baby food and only wants the good stuff that Mom and Dad have. Stinker. She’s pretty good at chewing and feeding herself though so I can’t complain too much, although I do have to sweep umpteen times a day.

There’s that real smile.  Crinkly noses are the best.

Her communication skills are also improving big time, although she still insists on banging on the high chair when she wants more rather than using the signs we’ve so painstakingly taught her. BUT she now shakes her head when we say “No” waves when we say “Bye Bye” gives hugs when we say “Loves” sometimes kisses when we say “Kisses” and claps when we say “Yay”

She also says “Mama” “Dada” and “ByeBye…” and we think maybe she sometimes knows what they mean, although, who knows with these babies.