Welp, it’s that time again, another month has passed 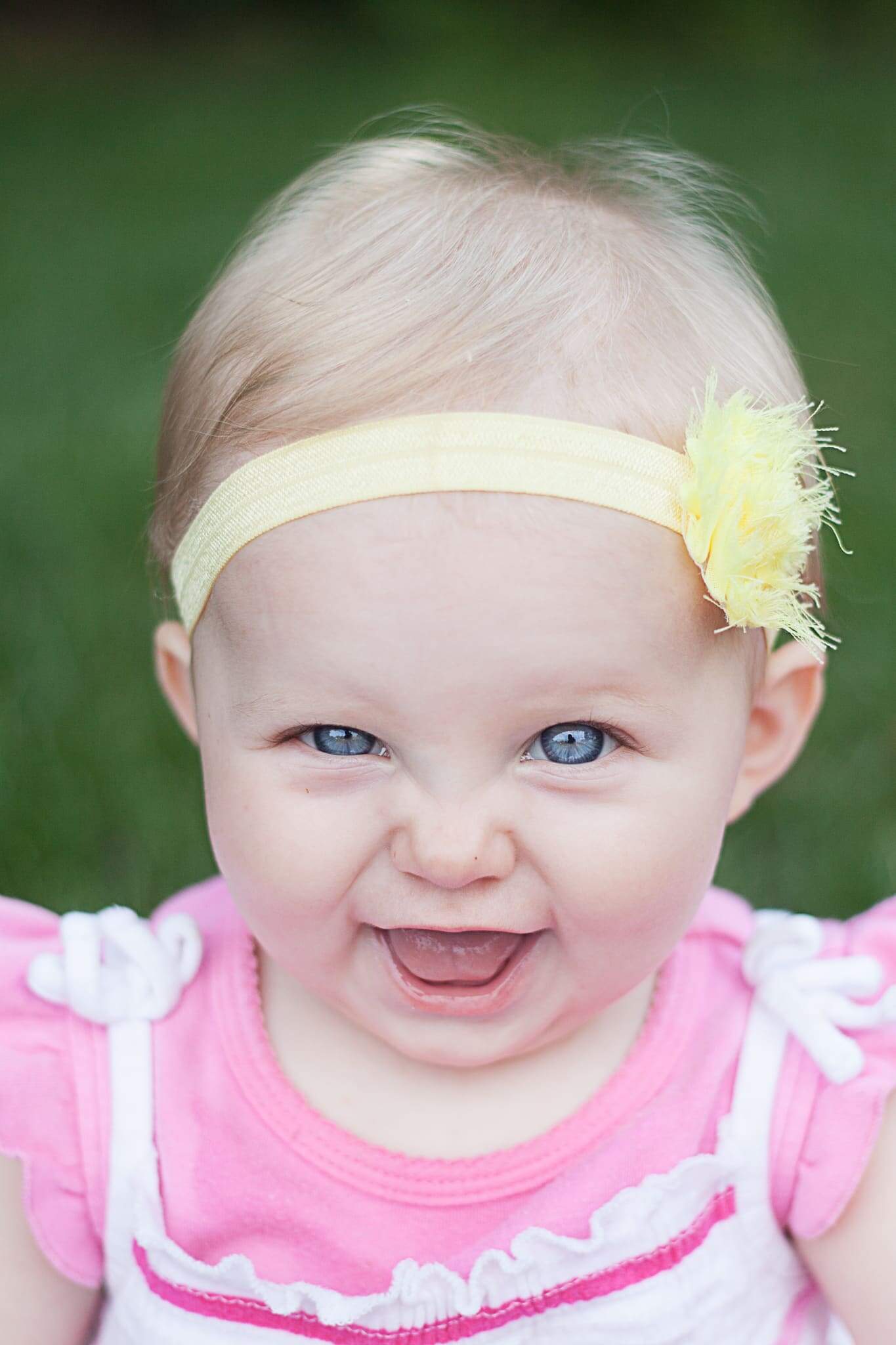 Seriously, I can’t get over that face.  This last month has been CRAZY for development.

I’ll start with the highlights.  This girl is FINALLY an AMAZING sleeper.  I’ma take a whole lotta credit for this one.  I read every gosh darn’d sleep book/blog/rant out there, and boy was it a challenge but we finally found what works for us and she’s been sleeping ~10 hours at night…she wakes up once between 4:30-5:30 to eat, but other than that sleeps all night long.  So this is what sleep feels like…I had all but forgotten…it is blissful.  I now understand why people want to have another child someday…because until now my thoughts were no way, never.  Now they’ve evolved to someday, maybe.  That’s a start right!?

Bridget LOVES to eat.  Seriously, I think we’re raising a little emotional eater.  Anytime she cries the answer is “here, have a cracker…” and suddenly all is right with the world.  Smart girl, I feel the same way…although I prefer cookies, they are far more sophisticated.  She’ll get there though, I’m sure.

Seriously though, we haven’t found a food this girl doesn’t like.  Well, cauliflower.  She puts up a fight with that one most of the time.  She also doesn’t like storebought baby food.  I make and freeze all her baby food, but wanted to try some storebought ones for convenience when travelling.  Welp, she wasn’t having it.  She’s a little food snob at the tender age of 7 months.  I don’t know whether to be worried or proud!

Bridget is in a stage where she wants to do EVERYTHING herself.  She rips the spoon out of my hands and feeds it to herself.  She wants to hold her own bottle (thankfully she’s still nursing 95% of the time or else meal time would take HOURS)  She wants to get the toy herself. I’m sure it’s good for development and all but it sure makes for messy eating!

She’s getting more mobile and she rolls  (uh, finally little one) in both directions.  She also scoots on her belly, but she can only scoot in a circle, she doesn’t make any forward motion.  Her vocal skills are improving and she now says mama, baba, and sometimes combines the two and says maba.  Her favorite thing to do though is growl like a dinosaur.  Like father, like daughter I guess.

I made this little video for my dad for his birthday since we’re not in Utah anymore to show off baby girl’s new skills.  I thought i’d share it here…just ignore the part that says happy birthday Grandpa.  Unless you of the internet want to be pseudo-internet grandpas.  That’s fine too.

Music is Hopscotch from Purple Planet