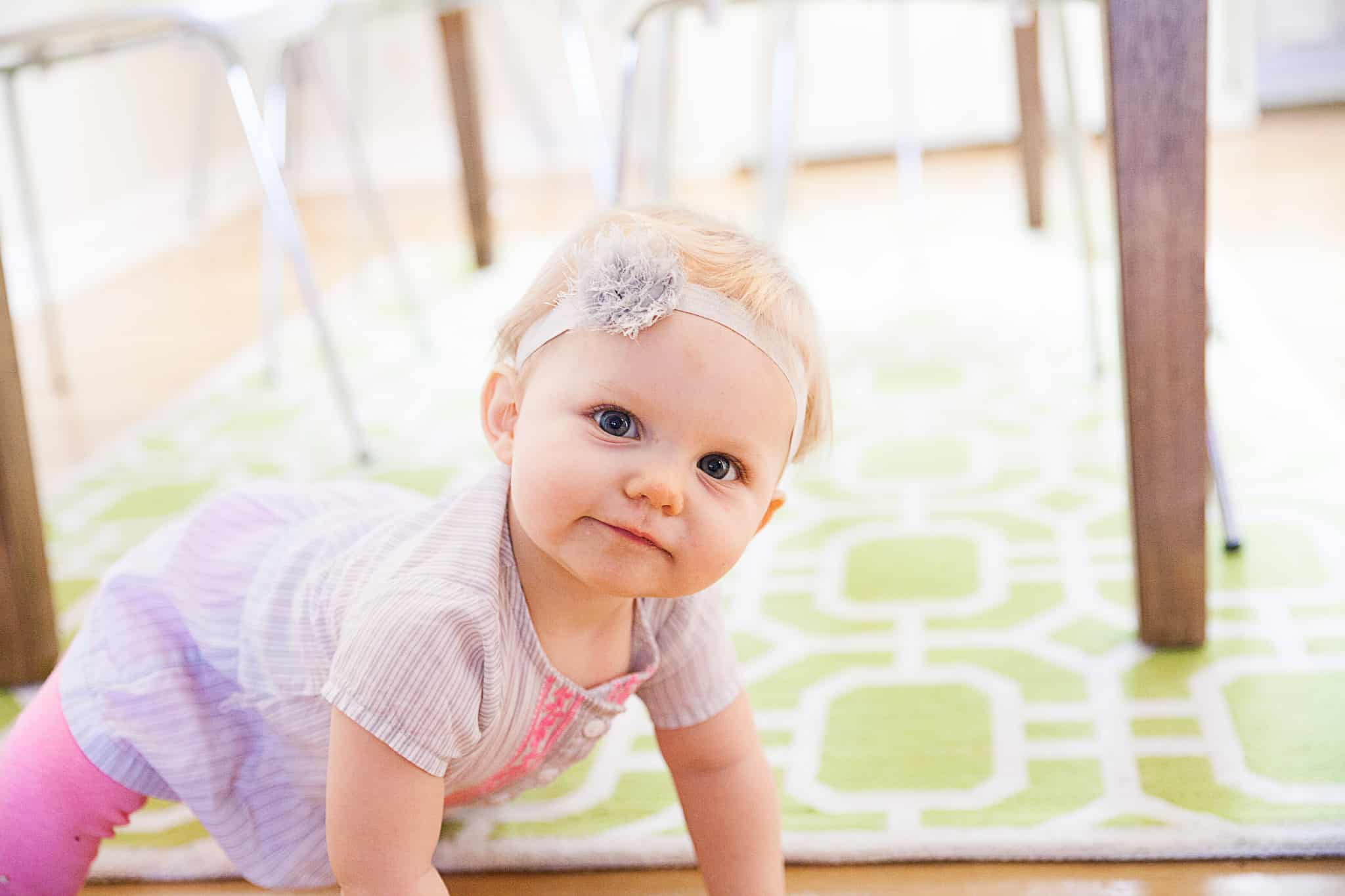 This girl is the biggest ball of energy that I have ever seen.  I see other babies her age who just sit and play with toys…she’s constantly on the move, crawling everywhere, pulling up on people and furniture.  She is my constant shadow and crawls up my legs anytime I am trying to get things done. Pictures are now indoors because outside she eats the leaves.  It’s quite exhausting but I wouldn’t have it any other way.

She’s an itty bitty thing.  She weighs 16 lbs 12 oz is 27 inches long and is in the 25th percentile in both height and weight.

At her last doctor’s appointment the doctor asked her if she ate a lot of orange vegetables (sweet potatoes are her favorite food), the doctor said she could tell because she looked yellow.  Oops. Looks like we’ve gotta work harder on those green beans.

She feeds herself most finger foods and doesn’t like us to help her.  She also loves “sharing” food, meaning we can’t eat unless we plan on sharing.

She learned to wave and she hums along when I sing to her.

Her Daddy is still her favorite person, she cries when he leaves and gets so excited when she hears the door open when he comes home.  She likes mom better when she’s sad though (what the heck!?)

She has decided that she no longer wants to sleep through the night and has been waking up twice…boo…but she wears herself out so much in the day that she has been taking two naps each 1 1/2-2 hours.  That much I like.

Another month down, and with the holidays she’s going to be one before I know it!